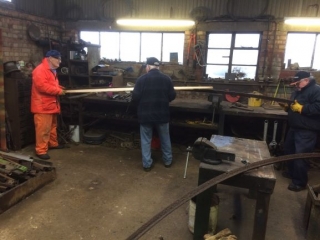 After cleaning they had to be re-profiled to the exact arc using wooden templates.

The hoops used were original to the 493rd, however 70 years plus they were not ready to be used. the hoops were a rusty,mangled heap of metal! Firstly they had to be untangled and then cleaned. 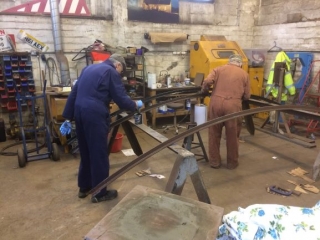 the last stage in the preparation was painting these hoops where they would be left to harden.

This work was very time consuming and yet very worthwhile.

The next step in the restoration was the erection of the hoops to the base. These are just a few words and and was quick to write, however, putting up the hoops was a big job taking many weeks. The first picture was the assembly of the first hoop and then the next when all the hoops were up! 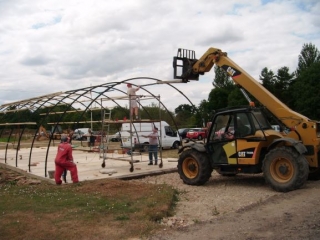 Hoops are up and now the tin cladding is the next mountain to climb. There was enough original tin cladding to cover two thirds of the nissen, so we had to purchase the rest of the sheets.A couple of weeks later the new cladding arrived to find some of the sheets were damaged. So back they went to be replaced. More time wasted!

The next pictures show the gradual covering of the hoops.

Once the cladding was completed, a decision had to be made about whether or not to insulate the walls.During a cold spell,it was found that the inside was collecting a lot of condensation so ultimately, it was decided to insulate the inside. 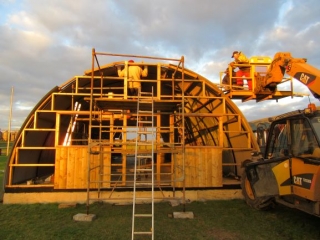 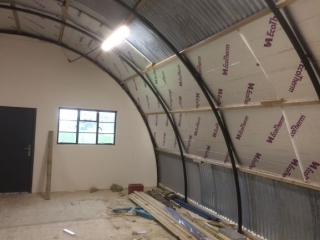 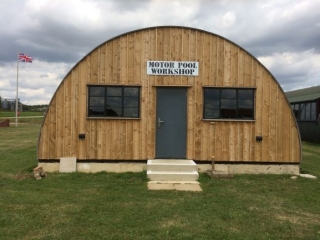 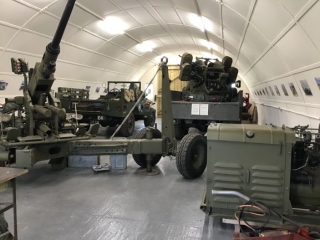 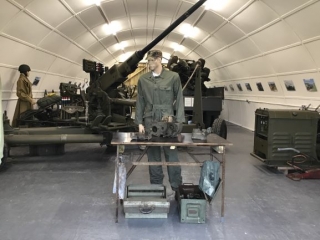 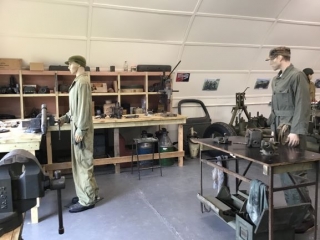 The last 4 images have just been added to the website and the building is ready to receive visitors! Our new Motor Pool workshop has been completed.